In the United States, hundreds of people die every year in underride collisions, but the trucking industry doesn’t want to apply the one solution that will prevent many of these deaths. Big industries have the politicians’ ears, so if the trucking industry is against something, it will likely get its way even though the public is against it. Most likely, that is the reason that side guards are not mandatory on big rigs.

An average of more than 200 people died every year in underride collisions from 2008 to 2017, but people believe that this number is much lower than the actual figure. That is because police officers cannot necessarily identify crashes as collisions that resulted from the lack of side guards.

Underride collisions are particularly deadly crashes for people riding in the other vehicle, and it doesn’t matter how slowly the motorists were driving at the time of the collision. An underride collision occurs when a vehicle collides with a large tractor-trailer and slides underneath. When this happens, the roof of the smaller vehicle can be taken off entirely, and the people inside the vehicle often die. People wouldn’t have to die if the trucks had panels known as “side guards” around the vehicle that would prevent smaller vehicles from going underneath the truck.

Trucks have been required to have side guards in other countries for years, so U.S. government officials know that side guards could improve the safety of the roads. However, they have failed to enact the same type of legislation.

It seems that motor vehicles are not the only ones who need side guards to be on trucks. According to the National Highway Traffic Safety Administration, many pedestrians and bicyclists die each year in side collisions with trucks. Side guards would also benefit this demographic if they were in place on large trucks because pedestrians and bicyclists often collide with the rear wheels of large trucks when there is a side-impact collision.

The U.S. Department of Transportation’s Volpe Center stated that more than 550 pedestrians and cyclists died in side-impact collisions when trucks made turns in front of them. After that happened, these victims were dragged by these trucks’ wheels. Volpe also learned that after the United Kingdom began to require side guards for its trucks, pedestrian fatalities went down by 20 percent, and cyclist deaths went down by 61 percent. Other jurisdictions also have these mandates, including Japan, Brazil and the European Union.

The Benefits of Side Guards 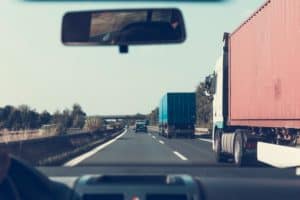 A side skirt is a device that resembles a side guard. The side skirt covers the area where victims have passed through and died during collisions, but they were created to improve the truck’s aerodynamics. According to an organization associated with the Environmental Protection Agency, side skirts are responsible for fuel economy of 4 to 7%.

The Trucking Industry’s Resistance to Side Guards

The Department of Transportation has been considering this topic since the 1960s. Some experts estimate that side guards could prevent 90 percent of the injuries that occur when a motor vehicle is involved in a side-impact collision with a truck, but the trucking industry is spending a lot of money to keep this legislation from happening. Even so, the American Trucking Association claims that its industry has never taken a side on this issue. It also states that it is not lobbying against any legislation because none has been presented.

Along with the reasons stated above, the trucking industry is against side guards because they have the potential to weaken the trucks when they are added. It maintains the idea that the best way to save lives is to prevent these crashes from taking place.

The fact that side guards may improve a truck’s fuel economy is not enough to damper the resistance of the trucking industry. Rather than push for side guards, the trucking industry would rather see legislators take the focus off the moment after the collision occurs. For example, it wants everyone on the road to receive more education on how they can prevent collisions. The industry also suggests that law enforcement officials can enforce the speed limits better. If they believe that they need more laws, the trucking industry believes that laws concerning distracted and aggressive driving would increase safety on the road. The automotive industry can also take part by improving warning systems and automatic emergency braking.

This stance shows that the trucking industry wants to push the responsibility for preventing side-impact collisions onto everyone else on the road but that it does not want to do its part in making the roads safer. It is only interested in legislation that benefits it.

Since side guards can prevent approximately 90 percent of the injuries that result from side-impact collisions, legislators should allow this statistic to be an incentive to enact the laws that we need. They can make it so that trucking companies are required to place side guards on their trucks.

The injuries that victims suffer after collisions with large trucks are likely to be devastating and are sometimes fatal. When people survive, it wouldn’t be surprising to learn that they will need expensive medical treatment for the rest of their lives. If those who die were the main breadwinners for their families, their loved ones would suffer from not having their family members around anymore and would also lose their monetary support.

Hiring a trucking accident lawyer is essential in this situation because the trucking industry isn’t taking responsibility for these types of crashes. You shouldn’t be punished for the injuries that you or a loved one suffered. In order to have a better chance of obtaining the compensation that you deserve, call Rebenack, Aronow and Mascolo at (732) 394-1549. We are located in Somerville, New Brunswick and Freehold, and we will offer you an initial consultation with a trucking accident lawyer at no cost. Contact us today.