If you were involved in a collision with a 30,000-pound tractor-trailer, you must contact a trucking accident lawyer right away. The injuries that result from these crashes can be so significant that you may need money for several years to recover from the crash. Fortunately, the federal government is currently searching for ways to lessen the severity of collisions such as these.

Separately, two senators introduced the Cullum Owings Large Truck Safe Operating Speed Act of 2019. Chris Coons of Delaware and Johnny Isakson of Georgia introduced the measure that would mandate the Department of Transportation to require all new trucks of 26,001 pounds or more to be equipped with speed limiters that would cap the truck’s speed at a maximum of 65 miles per hour.

Cullum Owings was a 22-year-old college student. While driving back to school in 2002, he collided with a large truck and was killed. Several organizations are in favor of this legislation, including the Safe Operating Speed Alliance, Road Safe America, the Institute for Safer Trucking, the American Automobile Association, the Trucking Alliance and the Truckload Carriers Association.

In 2019, 4,119 people died in collisions between their vehicles and large trucks. Most of the people who died were riding in the smaller vehicles. Others in this group were bicyclists and pedestrians.

Truck collisions also lead to the most serious injuries. One common injury is to the spinal cord, resulting in paralysis and can be complete, temporary or partial. When someone suffers a spinal injury, it can require years of surgeries, physical therapy, treatments and adaptive devices.

What Are Speed Limiters? 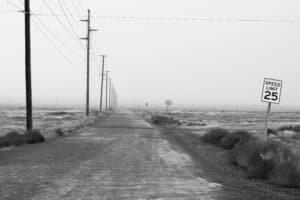 A speed limiter is part of the Intelligent Speed Assistance system, and it is technology that prevents a vehicle from traveling over a set speed. It is similar to cruise control that sets the vehicle to a particular speed, but the ISA system doesn’t allow the vehicle to remain at that speed. The vehicle’s accelerator is still in full operation, but if the vehicle reaches the set speed, the ISA will keep it from going faster than that speed.

The system’s sensors detect the speed of the truck and then send this information to the engine’s computers. As the vehicle reaches the preset speed, the computer begins to restrict the amount of gasoline and air that the engine receives. This is how the speed limiters prevent driving over the predetermined speed.

There is still a way for the driver to speed up the vehicle if it becomes necessary to avoid a collision. All the driver must do is push down hard on the accelerator, and the truck will speed up. In addition, the vehicle’s braking system will not be affected by the speed limiter in any way.

The Academy of Truck Accident Attorneys

The Academy of Truck Accident Attorneys has also endorsed this legislation. According to the co-founder of the ATAA, trucks driving at high speeds make the roads much more dangerous. If speeds are kept at or below 65 miles per hour, he believes that there will be fewer casualties due to collisions with large trucks. Other countries have required trucks to have this technology since the 1990s, and he thinks that it is past the time for the U.S. to make this a requirement for large trucks.

The Owner-Operator Independent Drivers Association is a dissenting voice on this issue. This organization believes that speed limiters make the roads more dangerous rather than safer. Because speed limiters will limit trucks’ speeds, all vehicles will not be able to travel at the same speed, and this increases the danger. According to an OOIDA’s spokesperson, states that created a speed differential between other vehicles and large trucks realized that this was an erroneous decision, and they are beginning to reverse that type of legislation.

Current Discussions on the Topic

Along with the belief that the speed differential makes roads less safe, the OOIDA has other objections to speed limiters. According to the Association, speed limiters increase congestion on the roads. This and the speed differential add up to more crashes. Speed limiters also make merging more difficult for large trucks. Set speeds make it harder for them to merge on entrance ramps and also make it harder for them to allow others to merge in front of them.

The OOIDA’s insistence that the speed differential will make the roads more dangerous isn’t shared by everybody, and the Trucking Alliance is one of them. The group argues that most states are already limiting trucks that drive on highways controlled by the state to a speed of 65 miles per hour.

Speed-reducing technology already exists on trucks, and some people believe that drivers ought to take more advantage of it before they invest in new speed limiter technology. If drivers start to use what is already there more often, they will reduce the numbers of collisions between large trucks and other vehicles as well as the severity of these crashes.

The Alliance is sticking to its position on this issue. Its representatives have said that speed limiters would benefit the trucking industry in more ways than one. For example, trucking companies have given truck drivers deadlines by which they must make their deliveries. If there was speed-limiting technology on the trucks, these companies would no longer be able to force truckers to drive too fast or continue working when they haven’t had sufficient sleep. This would reduce the number of accidents and save lives, but it would also reduce the cost of fuel.

The Desire for Speed Limiters in the Past

People have been advocates for speed limiters for many years. In 2006, the ATAA asked the National Highway Traffic Safety Administration to create a ruling that would require large trucks to install technology that limits their speeds to 68 miles per hour. The same year, the ATAA asked the Federal Motor Carrier Safety Administration to enact a law that would prevent drivers from adjusting these devices so that they can travel over the speed of 68 miles per hour.

If you or a loved one have been injured in a collision with a truck on a New Jersey highway, you will want to discuss your situation with a trucking accident lawyer. Contact RAM Law at (732) 394-1549 to set up an initial consultation. We are located in New Brunswick, Somerville, and Freehold.