It is believed that the transportation sector accounts for 46 percent of New Jersey’s air pollution. So it is not a surprise that there has been a push to reduce truck air pollution. Even though the United States is still in the middle of the COVID-19 pandemic, the Garden State is still making a push for cleaner trucks.

Repeal of the Obama Fuel-Economy Rule

The United States Environmental Protection Agency altered the fuel-economy rule set forth during the Obama Administration. Striking a better balance was the reason the Trump administration stated during the announcement. For New Jersey, though, air quality, gas emissions and overall pollution have become an increasing concern.

On April 22, 2020 — Earth Day — it was announced that the Garden State would be investing $45 million to electrify the transportation sectors. This announcement came on the heels of the Regional Greenhouse Gas Initiative Strategic Funding Plan. These funds are in addition to the amount set aside by the initiative and are taken from the Volkswagen settlement.

This also meant that the State Department of Environmental Protection would begin $37.2 million worth of projects to convert old diesel trucks, buses and port equipment as well as marine vessels and trains to electric power. Those who were interested in participating in the project needed to submit their applications by June 22, 2020.

In 2019, $24 million in grants were used to help convert garbage trucks, school buses and NJ TRANSIT buses as well as port and airport equipment to electric sources.

Air Quality in the Garden State 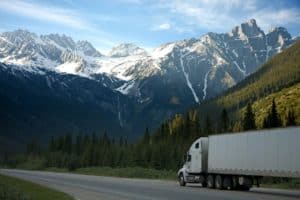 In this state, the industry experts estimate that the transportation sector is responsible for 71 percent of nitrogen oxide emissions, which contribute to smog. When the weather gets warm, the smog’s pollutants create ground-level ozone molecules. During the 1980s, there was a lot of talk about the ozone level in the atmosphere. The fear was that there was a hole being created. If that hole had become large enough, there would be very little protection for the public from the sun’s rays.

Now there is concern about the ground-level ozone molecules because they can have a negative impact on individuals with respiratory issues such as asthma. Some of these include:

The nitrogen oxide emissions from the transportation sector are in addition to 42 percent of greenhouse gas emissions.

The push for new trucks that reduce truck air pollution has not stopped despite the current public health issue. On July 14, 2020, it was announced that 15 states and the District of Columbia signed a joint memorandum of understanding on the topic.

The memorandum showed a commitment from the participants to take action for the eradication of toxic diesel emissions by 2050 through electrifying vehicles such as:

The governor of the Garden State reiterated the state’s commitment to reaching the existing clean energy goals in his comments regarding the memorandum. The goal still includes the intent to achieve 100 percent clean energy by 2050.

The New Trucks and Safety

How safe the new trucks will be is still to be determined. Since the new version of these vehicles is not mainstream yet, a lot of testing is still being conducted. Electric vehicles have had some safety issues because they make little-to-no noise. So, unsuspecting pedestrians must exercise additional caution before crossing the street, for example.

The U.S. Department of Energy, in conjunction with the Office of Energy Efficiency and Renewable Energy, has looked into the matter. One solution that has been tossed around is to add a noise feature to electric vehicles. As they slow down, noise is emitted so that pedestrians and those who have sight issues receive some warning.

Groups such as the Insurance Institute for Highway Safety (IIHS) and Highway Loss Data Institute (HLDI) collect and analyze accident data. These organizations confirm that passengers in vehicles that get into accidents with large trucks can suffer severe injuries. Whether this will change with electric trucks is something that will be explored as they become more common on the road. Until then, it is important to keep exercising caution as the driver of a passenger car, motorcycle or other vehicle.

Crashes involving large trucks are more dangerous for passengers in smaller vehicles. A smaller car is always going to be at a disadvantage. This will likely not change with electric trucks. Electric vehicles are lighter, but a truck used for hauling goods is always going to have a size advantage.

In 2018, the IIHS and HLDI found that there were 4,136 deaths due to large truck crashes. Only 16 percent of the fatalities were occupants of large trucks. Sixty-seven percent of the deaths were occupants of cars and other passenger vehicles while 15 percent were pedestrians, bicyclists or motorcyclists. The total for 2018 was 31 percent higher than the number reported in 2009, which could be attributed to several causes. The number of truck occupants who died was also 51 percent higher than 2019, which brings about its own set of questions and concerns over the safety of clean trucks for truck drivers.

Another factor to take in is that today, there is more traffic. The more people on the road, the higher the likelihood of an accident occurring. Even during the pandemic, the risk of an accident happening is still present, especially right now when some cities are in limbo. Some regions and counties have returned to business as normal, which means there are more people out. Many truckers are helping out with COVID-19 supplies, which adds to the amount of people on the road.

Accident With a Large Truck During the Pandemic

If you are involved in an accident with a large truck, the procedure for dealing with the incident has not changed. You still have to contact law enforcement so that a report on the scene can be taken, and you’ll want to call your insurance company. Additionally, you are encouraged to call a trucking accident attorney who can provide further guidance during this stressful incident.

The only difference you might encounter after an accident during the current pandemic, as opposed to pre-pandemic, is social distancing. After an accident, you have to ensure that you are OK. You also need to check on your passengers. Depending on your location, the next step is to get to a safe place. Then you can start making your phone calls.

Ideally, you will have a mask and a pair of gloves with you so that when you interact with law enforcement, everyone is protected from the virus. Then any wounds you have can be attended to safely as well.

To speak with a trucking accident attorney about an incident, contact RAM LAW in New Jersey by phone at (732) 394-1549 or fill out our online form.