If you are in one of the 500,000 truck accidents that happen each year, you may be able to sue and get some assistance with things like car repairs and medical bills. Unfortunately, many people skip out on this helpful compensation because they assume that being partially at fault means they cannot win their lawsuit. In reality, you may still be able to obtain compensation even if you shared some fault for the accident.

Does Being at Fault Prevent You From Suing in a Trucking Accident?

In any sort of motor vehicle accident, the court will need to determine which party was at fault. In some cases, like a truck missing a stop sign and blowing through an intersection, the truck driver may be entirely at fault. In situations like you rear-ending a stopped truck at a red light, you Could be entirely at fault. However, not all situations are quite so cut and dry. In many accidents, both parties may share some of the blame.

In New Jersey, any lawsuit based on this sort of accident will be settled with the modified comparative negligence law. Also called proportionate responsibility, this law governs how to proceed when both parties share some blame. The court is supposed to determine what percentage of blame each party shares for the accident. The party who is more at fault cannot recover any compensation. However, someone who shares blame but is less at fault can get some compensation. The compensation they receive will be reduced based on the percentage of fault they are assigned.

Why can a person still get compensation even if they were at fault? To understand this, it is a good idea to take a closer look at how fault affects any trucking accident lawsuit.

How Fault Is Determined in an Accident

Because fault is so important in any truck accident lawsuit, the jury will spend a lot of time figuring out who is to blame. Both the plaintiff and defendant’s legal teams will have the opportunity to present their cases. To do so, they will typically start by presenting evidence to show what happened during the crash. All sorts of proof can be used, including:

Your lawyer will use this evidence to try to show that the other driver’s actions contributed to the crash. Depending on the case, some lawyers may focus mostly on presenting evidence, or they might spend a lot of time talking to the court. After examining the proof and hearing from the lawyers, the court will then assign a percentage of fault to each party. For example, in a case in which a truck pulled out in front of you, and you were speeding, you may get assigned around 15 percent of the fault while the truck driver is found to be 85 percent at fault. In this case, you would be somewhat at fault because you could have slowed down or avoided the truck if you were going at a safe speed. However, the truck driver still is more at fault because he or she didn’t look before pulling out into the road. 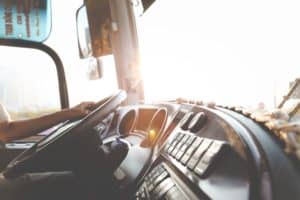 In any shared fault accident, it is important to have a talented trucking accident attorney represent you in court. Their knowledge of legal matters and ability to present a case convincingly can help improve your chances of receiving compensation. When your lawyer knows that you may be partially at fault for an accident, they have a few different strategies.

One of the most common techniques is trying to put most of the blame on the other party. This can reduce the percentage of fault you share, allowing you to get a higher payout. Your lawyer may emphasize all the things the other party did to cause the crash, such as driving without a rest break or failing to maintain the brakes. An attorney also may even bring in other parties, like the truck driver’s employer, who may share some of the fault.

Your lawyer may also try to show that your driving misdeeds did not actually cause the crash. Counsel can use professional experts to go over the events that led to the crash. In some cases, they may be able to prove that even if you had been following all traffic safety laws, the other party’s poor behavior still would have caused a crash.

Not all accidents are carefully recorded and thoroughly witnessed. In these situations, your lawyer may try to cast doubt on your opponent’s claims. For example, your attorney could point out that the opponent’s claims that you were speeding don’t make sense because you were just beginning to move forward after being stopped at a red light. Your lawyer could also do things like cross-examine your opponents to show that their recollection of events may not be correct.

When fault is calculated, you need to pay close attention to how much you are assigned. As long as your percentage of fault is less than that of the defendants, you can still get some compensation. However, the percentage of your fault will affect your award.

The court will start calculating your compensation by assigning a monetary amount to all the damages you suffered from the crash. Your lawyer can present things like medical bills, wages you lost while unable to go to work or lost earning potential due to permanent disability. New Jersey also allows punitive damages in some cases. If the truck driver or the company did something illegal, the court can essentially fine them and give the money to you. Punitive damages can be awarded to you at an amount of up to five times your other damages or up to $350,000, whichever is higher.

Then the court will take a look at the percent of fault assigned to you and reduce your payout by the relevant amount. So if you had 40 percent of the blame in an accident, 40 percent of the total damages would be removed from your payout. Ultimately, you would only get 60 percent of the damages you received. This reduced compensation ensures you still get some assistance, but it prevents the other party from having to pay the full damages.

In any accident where more than one party is at blame, lawsuits can get a little complicated. If you want a higher payout, you need to avoid being assigned too much fault. Therefore, it is a good idea to have an experienced trucking accident attorney on your side. At RAM Law, our team works hard to provide you with the best representation possible. Call (732) 394-1549 or fill out our contact form to schedule your free consultation. For your convenience, we have offices located in New Brunswick, Somerville and Freehold.