Truck drivers are required to drive long hours throughout a standard workweek, which increases the possibility that the driver will become fatigued and accidentally cause a vehicle collision. Many accidents have occurred due to the truck driver being fatigued at the time. If you believe that the other driver who caused the accident was fatigued, it’s important that you understand how to prove that fatigue played a part.

What Is Driver Fatigue?

Driver fatigue is a serious and common issue that occurs when someone who’s driving any kind of vehicle hasn’t had enough sleep in recent days. This lack of sleep can lead to the driver becoming impaired while operating a vehicle, which is similar to what happens during alcohol impairment. It’s recommended that adults get at least seven hours of sleep every night, which isn’t always possible when driving long distances for a trucking company.

Over time, sleep deprivation can develop, which is a health condition that affects a person’s ability to think and concentrate, the latter of which is essential when operating a large truck. Long commutes invariably place drivers at a higher risk of being fatigued. Keep in mind that driver fatigue doesn’t only occur if the driver has been awake for too long without sleeping. It can also develop after a lengthy period of inconsistent sleep. A driver could become fatigued if they’ve only averaged five hours of sleep per night for the past week. The main side effects of driver fatigue include:

While there are many measures that can be taken to keep driver fatigue at bay, it’s possible that these weren’t taken by the driver or the company they work for before your accident. In the event that the driver becomes fatigued while driving, the risk of causing an accident increases substantially.

Despite these strict regulations being in place, many truck companies will strongly suggest to their drivers that they exceed the limits that have been put in place. If this has occurred and was the reason for driver fatigue, it’s possible that this was the leading cause of your accident. However, it would need to be proven that FMCSA regulations were violated.

How Truck Driver Fatigue Can Be Proven 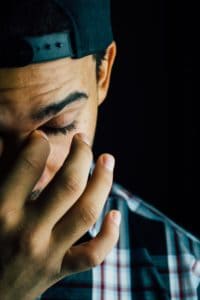 Even though it can be difficult to prove that a truck driver was fatigued at the time of the accident, there are numerous pieces of evidence that can be gathered in a case like this. One type of evidence involves the police report that was filed after officers arrived at the scene of the accident. Police officers have special training that allows them to identify when a driver may be fatigued or suffering from sleep deprivation.

Some of the symptoms of fatigue that can be documented in a police report include general exhaustion, bloodshot eyes, and a statement from the responsible driver that says they were tired before the accident. The information on a police report can serve as the bedrock in a case that involves proving truck driver fatigue. It’s also possible for police officers who were at the scene of the accident to be interviewed about the things they saw, which can also be used as proof of driver fatigue.

Another piece of evidence involves the time of day when the accident occurred. If the accident takes place between 1:00 a.m. and 5:00 a.m., there’s a good chance that the truck driver was operating their vehicle for most of the night, which means that they may not have taken breaks in accordance with the FMCSA guidelines. It’s possible for the driver’s reactions leading up to the accident to be used as evidence of driver fatigue. In the event that the truck driver didn’t do much to avoid an accident, they may have been unable to do so because of fatigue.

When a driver is alert but is simply unable to avoid an accident, they will almost always slam on the breaks in an attempt to bring the vehicle to a stop before the collision occurs. If the driver is fatigued, they may be so drowsy that they don’t even attempt to avoid the accident. The accident investigation and witness statements should be able to determine how the driver reacted in the moments before the accident took place.

The final form of proof that can be gathered for driver fatigue involves billed hours and logbooks. For the majority of large trucks that were manufactured after 2000, electronic logging devices were automatically placed into the vehicle. In the event that the truck doesn’t contain an electronic logging device, the driver must maintain a handwritten logbook. The information that was written down in the logbooks could show that the driver was on the road for a lengthier period of time than was allowed. The truck’s detailed GPS history could also indicate when the driver was operating their vehicle.

After you have been involved in a trucking accident that you believe was the fault of another driver, you might want to seek legal representation if you’ve been injured in any way. Our New Jersey trucking accident lawyers can guide you through your case to determine what the ideal option is for your situation.

For instance, the other driver’s insurance company may provide you with a settlement offer that’s designed to cover some of the costs associated with your injuries. We can advise you on the correct course of action when responding to this settlement offer. It’s possible that the offer is too low or won’t completely cover the expenses you’ll be tasked with paying as a result of your injury.

All trucking accident cases begin with an accident investigation, which allows us to gain a better understanding of what happened during the accident and who was at fault. During this investigation, our lawyers will gather evidence and start building a strong case with a solid foundation. We’ll take care of all of the necessary paperwork while also helping you understand every facet of the case and what it means for you. Along with assisting you in reaching a favorable settlement, our goal is to make sure that you’re at ease while the case is ongoing.

If you believe that your truck accident was caused by a driver being fatigued, call our New Jersey trucking accident lawyer at (732) 394-1549 to find out how we can help you.